Participate in the Ritual Walkthrough 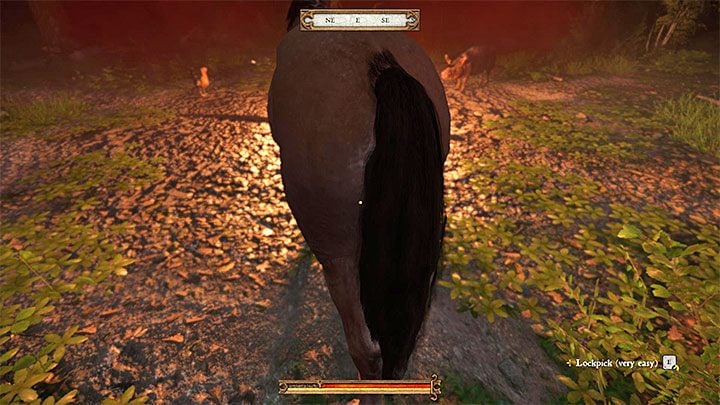 Approach the bonfire only after the women complete the first part of the ritual and you get a new mission objective. The game plays a cut-scene during which Henry has hallucinations. Everyone turns into animals. Approach any of them from behind and… hold the button to start lockpicking (the picture).

The next hallucination features two Cumans. You can:

Go back to Father Godwin. You can also complete an optional step and return to the herbalist in the forest (do that when the quest disappears from your journal). Their reaction depends on your decision regarding the Cuman-woodcutters. Their death can lower your reputation in Uzhitz greatly and make it harder for you to meet with Father Godwin again which can happen during other quests.

More of this sort of thing: